You were the artistic director of Ljóðahátíðin last fall and I seem to remember that the people that organized Ljóðahátíðin had plans for other poetry events this year. Is this still ongoing? Could you tell me about the project?

Definitely! Marta Guðrún Jóhannesdóttir, Þór Steinarsson, Kristín Eiríksdóttir, Ásgeir Ingólfsson, and I are putting our collective efforts into this year’s Ljóðahátíðin, which we are tentatively scheduling for mid- to late October. We also have plans to hold text-oriented events beyond the festival itself, stretching over the year with a few performances and workshops. The idea is to create an extended space for literary performance, experimentation, and dialogue while supporting opportunities to connect with foreign writers when they arise.

It might seem a bit of a cliché to ask what you think of the Icelandic poetry scene, but I´m still going to do it, since I actually think it´s interesting to hear about it from your perspective, as someone who´s from elsewhere and has experience of working internationally. I´m not asking you to pass a general judgment, only if you have made any observations, big or small, you´d like to share with us.

Discussing a poetry scene is different, for me, than discussing the poetry borne of a region. ‘Poetry scene’ implies a kind of community — or ‘commutiny,’ as the action and activity of a scene promotes a constant regeneration, refiguration, cleavage, and fracture. In this sense, what I’ve experienced of the Reykjavík poetry scene bears similarity to other scenes I’ve witnessed, primarily across Canada. Everyone seems to know everyone else. Gender issues are abundant and necessarily topical. An enduring, small group arranges itself in countless positions when things get uncomfortable, and things do occasionally get uncomfortable.

In a comparative sense, the primary thing I’ve noticed and that I deeply value is that political awareness, fluency, and action (on government, economic systems and ideology, racism, and misogyny) are foregrounded within the Reykjavík scene in a way that reminds me most strongly of Vancouver’s poetry scene (where these topics are serious in conversations and in the work — though I’d add environmental issues to their list, something I haven’t seen surface as much in Reykjavík).

In a practical sense, the main difference I’ve noticed in this scene is the lack of a dedicated performance platform. Other cosmopolitan cities (however small) have a minimum of one reading series— an organized event that occurs with some regularity or dependency, and gives local and visiting writers the opportunity to share new, favourite, or in-progress work. These series tend to have featured readers, and may or may not include a short open mic set. They also tend to function as loci for social literati within scenes.

The blessing (and possibly the curse) of readings in 101 is their organic irregularity — which occasionally extends to the unusual form (unusual because I haven’t seen it anywhere else) ofhostless poetry marathons. There is a beautiful order within this disorder, array within disarray. As someone who has organized and attended poetry events for fifteen years, it surprises me every time to see this in action — as though there is an inherent poetry code of conduct within Reykjavík unknown elsewhere. No one ‘grandstands’ or appears to apologize for their (poems’) existences when they take the mic — both moves typical of (Canadian?) ‘open mic’ culture. These are largely polite and functional hostless marathons!

These are fantastic questions, and something I’ve been considering intensely for the past years. I could write a 40-page essay on this easily (or we could have an extended conversation over drinks in the future). I’ll try a brief answer, though.

Canada has three levels of government-funded artist subsidy. The federal level is called Canada Council for the Arts. Provincial funding is also available via arts councils, though programs and distributed amounts are not uniform across the country; as an example, the Nova Scotia Arts Council was forced to amalgamate and share budget with the Tourism Board some years ago (though this was very recently changed). There are also a couple of municipal arts councils in the largest cities that also offer grants to artists and arts organizations. There are very few non-governmental funding options, but they do exist. All that said, where you live determines the funding to which you may apply.

In the federal, provincial, and municipal levels, funding is distributed via a competitive peer-juried application process. Typically, an artist may apply for one grant within one artistic medium per year. Receiving money one year may preclude you from receiving money the subsequent year, depending on council rules. The artist must fill out an application that describes the specific project for which she seeks funding. (This process renders it difficult to receive funding to develop multiple projects simultaneously.)

Here’s a statistical example. Last year, 196 writers applied to the Ontario Arts Council and 21 received grants (10% success rate) worth $12,000 each; this is arguably the most lucrative provincial subsidy within literature, since other provinces tend to either have smaller budgets, no differentiation between literature and other disciplines, or little to no individual funding available.

It is much harder to receive funding from The Canada Council for the Arts (a higher number of applicants), though their funding ranges from $6,000 to $25,000. Some years ago, it spread through word of mouth that receiving federal funding once every five to ten years was considered a miracle. I don’t know the federal council’s current statistics, as they only make public the names of grant recipients and allocated amounts.

So, yes: there is government funding of the arts in Canada. No, artists do not have access to a salary. And yes, it is largely impossible for artists to subsist solely off revenue from their artwork.

Your second question queries about the interests of the state to fund art. There is an ongoing struggle between the arts and government funding under the auspices of the right-leaning conservative Harper government. The Green Party (a small, left-leaning party) offers a decent account of attitudes to and economics of arts in Canada

Your series, Ljóðapoems is poetry which is partly in Icelandic, a language that you have been studying for the last years. (Hér er brot úr verkinu.) I have read some of it and think it´s quite inspiring. It kind of emphazises the sound aspect of language, or maybe you could say the aesthetic aspect? For a native speaker, it´s an especially fresh perspective. Could you tell me a bit about your writing in Icelandic? Is it in any way connected to the learning process itself or is it just a new tool for poetry, a new set of words and sounds? Have you kept on writing poetry in Icelandic - if so, does the poetry change as you learn more?

Thank you for your comments on this young work! Honestly, I maintain my edu-cocoon when it comes to Icelandic. I am still very much, very obviously, in the learning flux. I continue to swoon in the language’s sonority, which distracts me at times from focusing on grammar and vocabulary (though that is coming along slowly, too).

Ljóðapoems is an ongoing work that, as you mention, fluctuates between Icelandic and English. The poems encode my learning process— what I learn of the language, what I learn about Iceland(ers), what I learn about learning about languages. So yes — the character (or behavior?) of the poems changes the more I learn, though that giddy sense of surprise at language’s marvels hopefully still permeates the work. And I must say the work has developed in a rather pointedly political manner; I hadn’t anticipated how explicit this would be, but I think the community of thinkers and writers with whom I circulate here have definitely impacted that direction.

I’ve also played a little with mixing Dutch, Italian, Spanish, and French into English creations. And I’m a big fan of homophonic translation, or alternative less-semantically focused translations that play with translating the visual qualities between languages. And I love to work with online translation programs, moving texts between multiple languages to see where they ripple, trip, rip.

And finally: what are you working on at the moment?

You know, it was my dear hope when I moved to Iceland last year that two things would happen: #1, I’d experience milder winters than I have in years and #2, that my workaholism would disappear as the Toronto symptom I felt certain it was. Apparently, I was wrong on both counts. Healthwise, I’m experiencing a months-long yawn as my body considers hibernation a viable option. Workwise, my dance card overfloweth.

The dance card:
I’m also in near-constant rotation on these projects:

If some one desires expert view regarding blogging then i
propose him/her to visit this webpage, Keep up the pleasant job. 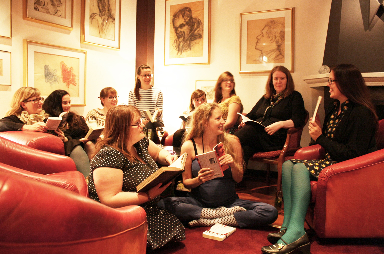